The Nasher Museum presented Nina Chanel Abney: Royal Flush, the first solo exhibition in a museum for the Chicago-born artist. The exhibition was a 10-year survey of approximately 30 of the artist’s paintings, watercolors and collages. Abney also painted a large wall mural on the entrance wall of the exhibition. Abney, born in 1982, is at the forefront of a generation of artists that is unapologetically revitalizing narrative figurative painting, and as a skillful storyteller, she visually articulates the complex social dynamics of contemporary urban life.

“We are so excited to introduce this important young artist to wider audiences,” said Marshall N. Price, Nancy Hanks Curator of Modern and Contemporary Art and curator of the exhibition. “In her monumental paintings, Abney takes on some of the most pressing issues today from racial dynamics and criminal justice to consumerism and celebrity culture. Her seductive visual language is comprised of a jumble of figures, words and shapes to the point of information overload. With this as her backdrop, Abney creates paintings that explore some of the deeper recesses of human nature.”

Nina Chanel Abney: Royal Flush traveled to the Chicago Cultural Center (February 10–May 6, 2018) and will travel to Los Angeles, where it will be jointly presented by the Institute of Contemporary Art, Los Angeles (September 23, 2018  ̶  January 20, 2019) and the California African American Museum, Los Angeles (September 26, 2018  ̶  January 20, 2019). The final venue for the exhibition is the Neuberger Museum of Art, Purchase College, State University of New York (April 7–August 4, 2019).

Abney emerged in 2008 when her work was included in the notable exhibition 30 Americans, organized by the Rubell Family Collection, Miami. As one of the youngest among a distinguished group of intergenerational African American artists, she immediately became part of an important artistic lineage. Her large-scale paintings in that exhibition included Class of 2007, depicting her MFA class as African American inmates conspicuously wearing orange jumpsuits. It was a commentary on incarceration, race and inherent inequities in higher education and signaled the artist’s immediate willingness to confront difficult issues. Abney continues to mine aspects of American culture to create compelling, narrative tableaux reminiscent of grand manner history painting.

Abney’s works are informed as much by mainstream news media as they are by animated cartoons, video games, hip-hop culture, celebrity websites and tabloid magazines. She draws on these sources to make paintings replete with symbols that appear to have landed on the canvas with the stream-of-consciousness immediacy of text messages, pop-up windows, a Twitter feed or the scrolling headlines of an incessant 24-hour news cycle. By engaging loaded topics and controversial issues with irreverence, humor and lampooning satire, Abney’s works are both pointed contemporary genre scenes as well as scathing commentaries on social attitudes and inequities.

Abney’s works are lively menageries populated by characters who are violent villains, unwitting victims, aspirational heroes and ineffectual anti-heroes, set against the backdrop of narratives that touch on politics, race, homophobia, celebrity, consumerism and other potentially incendiary topics. She comes from a generation raised on screens, in which multitasking and processing multiple streams of information simultaneously is the norm, and thus loads her works full of visual data.

"Easy to Swallow, Hard to Digest"

These densely packed paintings can be challenging to decipher. The artist has said that her work is “easy to swallow, hard to digest,” and certainly its playful and seductive nature belies its often serious tone. She was identified by Vanity Fair magazine as one of the many artists championing the Black Lives Matter movement.

Several of Abney’s early paintings directly confront interracial violence and now seem like eerily prescient harbingers in the wake of the recent deaths of African Americans and police in cities across the country. The titles and the imagery of these, along with more recent works that take on similar subjects, pose larger philosophical questions about the dynamics of power and responsibility, the ethics, agency and inherent bias of policing, methods of interrogation, and the politics of discriminatory practices. Often based on real events and filled with metaphor and allegory, Abney’s works take us on occasionally uncomfortable existential investigations of our own imperfect humanity.

The title of the exhibition was taken from a player’s most valuable hand in the game of poker. Royal Flush is something of double entendre. “It refers to Abney’s work, which contains iconography reminiscent of playing cards and the four different suits,” Price said. “But the title Royal Flush also suggests that the artist holds a valuable hand. When Abney ‘lays her cards on the table,’ she presents paintings rich in critical commentary and meaningful metaphor.”

The exhibition was accompanied by a richly illustrated, full-color catalogue published by the Nasher Museum. Art critics at The New York Times chose this catalogue for its list of Best Art Books of 2017. Burnaway also included this catalogue in its Best of 2017 list. The catalogue also earned accolades from Culture Type.

The catalogue includes many images that highlight Abney’s most important and iconic works of the past 10 years. The catalogue was edited by Marshall N. Price with essays by Price and also Jamillah James, curator at the Institute of Contemporary Art, Los Angeles; Natalie Y. Moore, a South Side bureau reporter for Chicago Public Media, WBEZ; and Richard J. Powell, John Spencer Bassett Professor of Art and Art History at Duke. Nina Chanel Abney: Royal Flush is distributed by Duke University Press and designed by Reneé Cagnina Haynes. The catalogue is available at the Nasher Museum Store.

Listen to an interview with artist Nina Chanel Abney by Frank Stasio on “The State of Things,” on WUNC (91.5 FM), the public radio affiliate in Durham.

For more information, please peruse the mini website that was on view while the exhibition was at Duke.

This project is supported in part by an award from the National Endowment for the Arts. At the Nasher Museum, the exhibition was also supported by Ann Chanler and Andrew Scheman; Parker & Otis; Susan Rosenthal and Michael Hershfield; and Gail Belvett.

Artist in Residence at Duke

In Spring 2018, Nina Chanel Abney was chosen as the first artist in residence at the new Rubenstein Arts Center, across the street from the Nasher Museum. More information. 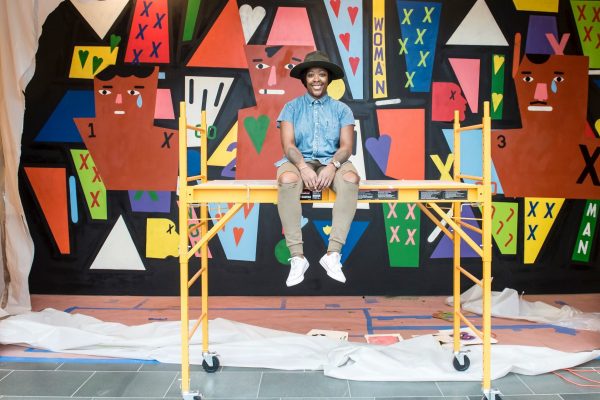 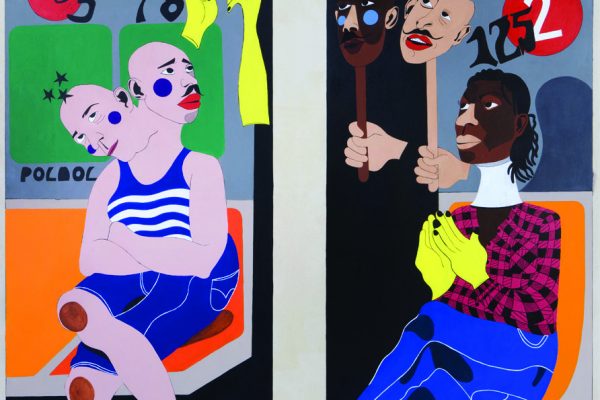 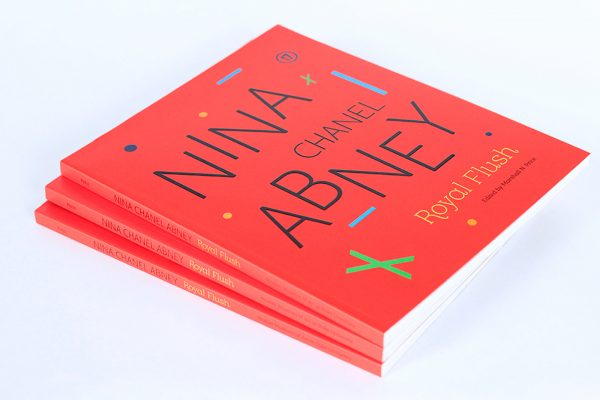