Reality of My Surroundings: The Contemporary Collection

The show explores identity and its construction, challenging traditional representations of black subjects in art history and recasting them in a more central role, while honoring the black struggle worldwide. The result is as sightly as is it compelling.

In celebration of the museum’s 10th anniversary, the Nasher Museum presented some of its most significant works from the contemporary collection. Reality of My Surroundings demonstrated the museum’s ongoing commitment to collecting contemporary work by global artists, with a focus on artists of African descent. The exhibition emphasized art’s unique role in effecting cultural change and highlighted works that address pressing social issues of our day, particularly race, gender, class, immigration and globalization. It included painting, sculpture, works on paper, photography, video and installation. Many of the works were new acquisitions.

The exhibition title, Reality of My Surroundings, comes from a 1991 album by the pioneering Los Angeles-based band Fishbone. Formed in 1979, the band was known for its sharp social commentary and eclectic style, fusing punk, funk, ska, soul, and hard-edge rock to make music that defied categorization. The 33 artists in this exhibition similarly challenge artistic conventions and provoke thought and dialogue on decisive contemporary themes. Their individual works span four decades and present a broad range of cultural perspectives. Through this exhibition, viewers were invited to consider the complexity of their surroundings and how realities may change over time.

Reality of My Surroundings: The Contemporary Collection

I find it distressing, there’s never no in-between / we either n****s or kings, we either bitches or queens —Mos Def 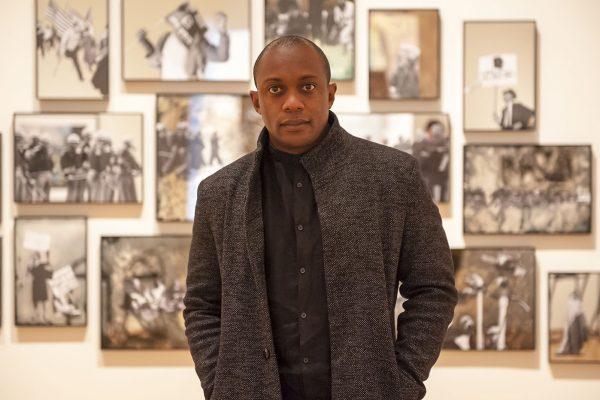