Transformative Power of the Vinyl Record

The Record: Contemporary Art and Vinyl was the first museum exhibition to explore the culture of vinyl records within the history of contemporary art. Bringing together artists from around the world who work with records as their subject or medium, this groundbreaking exhibition examined the record’s transformative power from the 1960s to the present. Through sculpture, installation, drawing, painting, photography, sound work, video and performance, The Record combined contemporary art with outsider art, audio with visual and fine art with popular culture.

Since the heyday of vinyl, and through its decline and recent resurgence, a surprising number of artists have worked with vinyl records, Schoonmaker pointed out. The Record presented some of the best, rarest and most unexpected examples. The artists in the exhibition use the vinyl record as metaphor, archive, artifact, icon, portrait or transcendent medium.

The exhibition included a broad range of works, such as a hybrid violin and record player, Viophonograph, a seminal work by Laurie Anderson; David Byrne’s original life-sized Polaroid photomontage used for the cover of the 1978 Talking Heads album More Songs About Buildings and Food; a monumental column of vinyl records by Cordova; and an important early work by Robleto, who transformed Billie Holiday records in an alchemic process to create hand-painted buttons. Works by Christian Marclay, who has made art with records for 30 years, included his early and rarely seen Recycled Records as well as his most recent record video, Looking for Love.

The Nasher Museum commissioned two works for The Record. Berlin-based artist Satch Hoyt created a 16-foot canoe made of red 45-rpm records with an original soundscape during his 2009 artist residency at Duke. New York artist Xaviera Simmons created photographs of the North Carolina landscape and solicited musical responses from musicians such as Mac McCaughan of Superchunk, Tunde Adebimpe of TV on the Radio and Jim James of My Morning Jacket. The original songs were pressed onto a 12-inch record and played with her installation.

Accompanying The Record was Cover to Cover, an installation that featured eight artists and musicians who each curated a crate of 20 albums which told a story through the cover visuals. Visitors perused the crates and listened
with headphones to vinyl records on turntables. Crate artists included Janet Cardiff and George Bures Miller, Rodney Graham, Harrison Haynes, Vik Muniz and Cafi and 9th Wonder.

David McConnell: A Portrait in Sound

We knew The Record: Contemporary Art and Vinyl would attract folks who had never been to the Nasher Museum. We did not expect such a glittering list of famous artists, writers and musicians! The photo album of lum...

The New York Times: What's On

Read the preview that appeared in The New York Times. 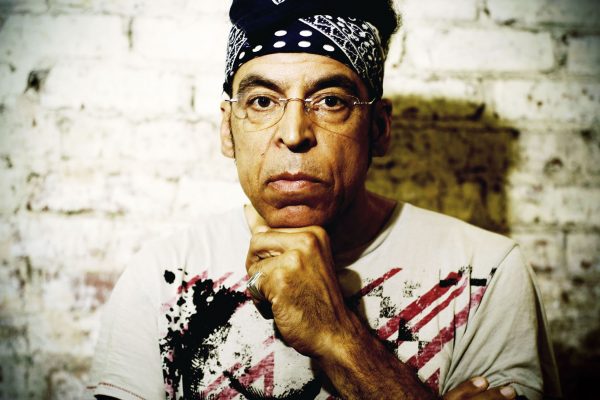