I want it to feel sculptural in the sense that you feel the material, not just optically see it, or intellectually think about it, but physically feel it. For me, it’s very important that it’s a thing in that respect. Maybe that makes it sculptural, but I want you to feel it in your body, the heat of the optic as it hits your brain through the retina. I want you to feel the energy of the optic as a physical thing.

Odili Donald Odita, on his use of color in his work, BOMB’s Oral History Project, November 20, 2020.

His original colors combine with geometric forms to mirror the complexity of the world and inspire transformational change. This woodcut is of the artist’s painting Flower, one of a series of five paintings spanning 2018–2020.

“These paintings,” the artist says, critique “the populist formats of fascism existing in today’s America and in the world at large.”

The swastika motif in Flower is formed by bright, four-sided shapes that appear to be a pinwheel as well as the petals of a flower. The violence imposed by the swastika is concealed by the pinwheel/flower form, similar to the unsuspecting danger of an attractive yet poisonous flower.

Referring to the palette as “Pop colors,” Odita subtly references popular culture and populism, a leadership approach that claims to emphasize a population’s needs over those of the elite. Odita conflates the anti-Semitic symbol with Pop-colored imagery to reflect the ways in which President Donald Trump conflated populist rhetoric with fascist legislation throughout his presidency.

In October 2020, during the former president’s final months in office, Flower was included in the artist’s most recent solo exhibition at Jack Shainman Gallery. Aptly titled Mirror, the exhibition challenged viewers to self-reflect and assess “the consequences of thoughts and actions that shape identity in the age of Trump.”

This gift is the most recent work by Odita to enter the Nasher’s collection.

Learn more about the contemporary collection. 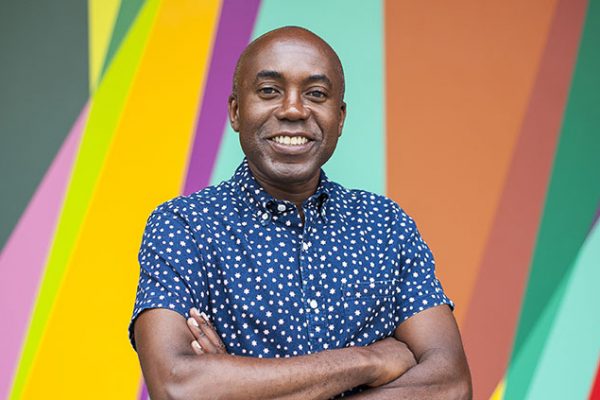 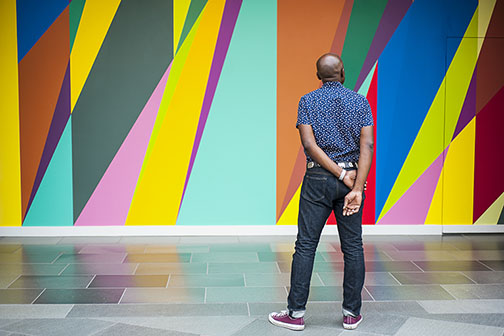 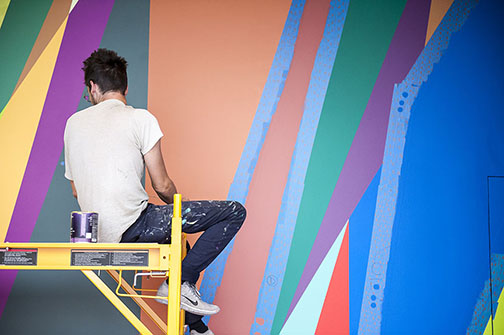 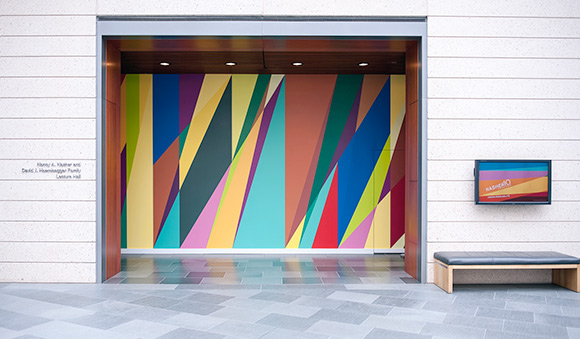 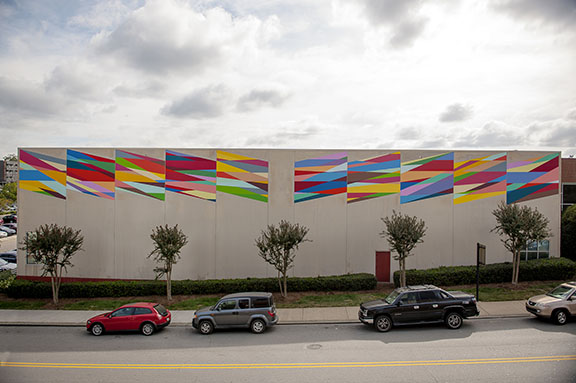