Anarchism and the Political Art of Les Temps Nouveaux, 1895 – 1914 brought together prints and graphic materials that were donated by key modern European artists in support of the anarchist journal Les Temps Nouveaux (The New Times), edited by the French writer and activist Jean Grave. Anarchy derives from the Greek word anarkhia, which means “contrary to authority” or “without a ruler,” and signals an opposition to all forms of government. Anarchists call for a society based on cooperation and individual freedom for the self as well as others. Before the rise of Communism in 1917, anarchism was often the politics of choice among radicals affiliated with the European and American avant-gardes.

Organized around the social themes and aspirations that defined the politics of the anarchist movement, this exhibition addressed issues still relevant today, such as rural and industrial labor, the plight of the homeless, cross-border migration, child abuse among the clergy, opposition to war and antimilitarism, social revolution, and visions of a coming anarchist utopia. In addition to prints, Les Temps Nouveaux artists also publicized their call for a new society through postcards—an early example of “mail art”—and brochure and book illustrations, some of which served as educational tools for working-class children. In the process, they used graphic arts as innovative experimentation in a way that conveyed their message to a broad public. With a weekly circulation of up to 18,000 copies worldwide, Les Temps Nouveaux was the most important forum for collaboration between anarchists and progressive artists during this time.

This exhibition is supported by the Janine and J. Tomilson Hill Family Fund and the Mary Duke Biddle Foundation. 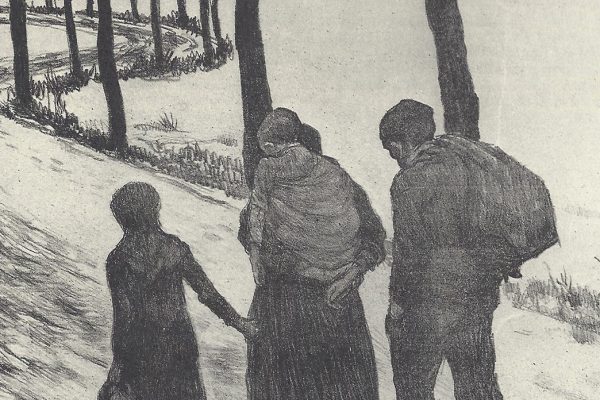