The Nasher Museum presented an exhibition of rare Warhol photographs that revealed an important dimension of the artist’s process in creating his famous large-scale portraits. The Polaroids were Warhol’s aids for painting portraits, but in and of themselves they are significant and represent a relatively unknown body of his work.

The exhibition also included portraits on canvas of Patsy, Andrea, Joan and Nancy Nasher, the wife and daughters of the late Raymond D. Nasher, the museum’s namesake, accompanied by the corresponding Polaroid studies.

Big Shots was organized by the Nasher Museum, the Ackland Art Museum, University of North Carolina at Chapel Hill, and the Weatherspoon Art Museum, University of North Carolina at Greensboro. All three institutions received gifts of about 100 original Polaroid photographs and 50 gelatin silver black-and-white prints in 2008, in celebration of the 20th anniversary of the Andy Warhol Photographic Legacy Program, a division of the Andy Warhol Foundation in New York.

At the Nasher Museum, the exhibition was supported by McKinney. 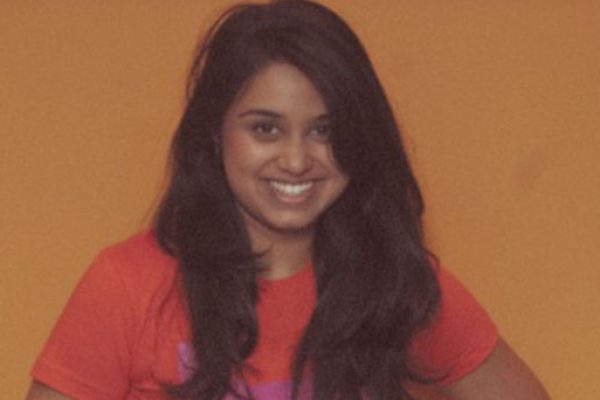 The fall of my sophomore year, the Nasher Museum featured an exhibition of Andy Warhol Polaroids, in a show called Big Shots. To parallel the artist's striking portraits, often in both photograph and paint form, we at the Nasher created our own Polaroid collage of students and community members. The day of the opening, we donned brightly colored pink and orange T-shirts and posted, laughing on the steps of the museum, in an impromptu shoot. My favorite memory of spending time at the museum was that evening, when Ms. Nancy Nasher stood by her portrait and shared the story of her and her family's incredible experience being painted by Warhol. While that in itself, having the opportunity to have a subject of a painting speak about its artist, would have make for a memorable night, Ms. Nasher in her gracious and generous manner then took the time to view our Polaroid collage and meet those of us who had helped put it together. In a larger than life way, she stepped out of her portrait as an alumna and leader and took an interest in our studies, museum engagement and careers that extended well beyond the evening. I'll cherish forever that memory and this Polaroid, not quite a Warhol, but a Nasher Museum original nonetheless.