From the Nancy A. Nasher and David J. Haemisegger Collection

Claes Oldenburg and Coosje van Bruggen were part of a generation of artists who, beginning in the early 1960s, rendered seemingly banal aspects of popular culture and everyday life. For some artists, like Roy Lichtenstein and Andy Warhol, this manifested as large paintings that mimicked the aesthetic of comic books or tabloid photographs of Elvis or Marilyn Monroe.

Oldenburg and van Bruggen became known for creating sculptures of mundane objects, such as clothespins, typewriter erasers, and safety pins in large scale. By changing the scale in such a disproportionate way as in Corridor Pin, Blue, the artists not only bring an element of humor and wonder to the work, but also remind us that these otherwise overlooked objects play an important role in our everyday lives. 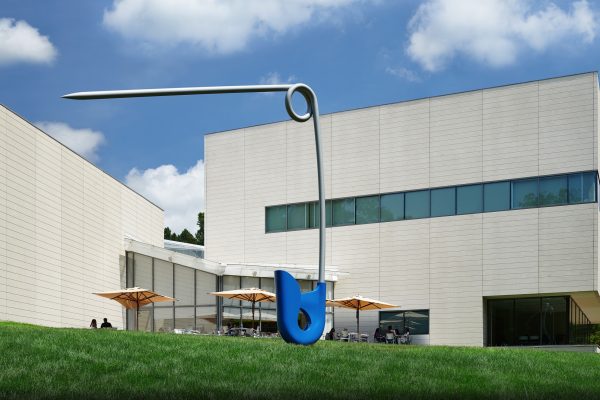