In Transit: Arts & Migration Around Europe

At the Nasher Museum, In Transit introduced, through art, a new history and context to the ongoing global refugee crisis. The exhibition drew attention to the long, rich artistic engagement in two major zones of migration: Northern Europe, from the region around Calais, Flanders and the Low countries, and Southern Europe, from Islamic Spain to the African Maghreb. Viewers discovered early modern works of art alongside contemporary creations, many on view together for the first time. Duke undergraduate students contributed to the exhibition through seminars taught by Professor Helen Solterer, Elvira Vilches and other members of the In Transit research group, Raquel Salvatella de Prada and Pedro Lasch. In Transit featured two astrolabes from Adler Planetarium in Chicago, woodcuts by Cameroon-born artist Bartélémy Toguo and a large sculpture by French artist Annette Messager.

More information about other In Transit installations on Duke’s campus.

In Transit was sponsored by Duke’s departments of Romance Studies and Art, Art History and Visual Studies; by the Nasher Museum of Art at Duke University; by the French and Cultural Services of the French Embassy in the United States and the Duke Center for French and Francophone Studies; the Center for International and Global Studies and; the Social Practice Lab of the Franklin Humanities Institute.

In Transit also benefited from an Intellectual Communities grant from the Provost’s Office, and an Arts and Sciences Council Research grant; support from the Office of the Vice Provost for the Arts, the Office of the Dean of the Humanities, the Josiah Charles Trent Memorial Foundation, the Duke Human Rights Archive, the Duke Africa Initiative, and the Puffin Foundation.

In Transit: the Ruby

At the Rubenstein Arts Center, the video installation Cornered represents the motivation and struggles of African immigrants attempting to cross the border from Morocco to Spain. Racquel Salvatella de Prada, assistant professor of the practice in Duke’s Art, Art History & Visual Studies Department, created Cornered during an artist residency at the Ruby.

Find out more about this video installation at The Ruby.

Visualizing the Invisible “Jungle” of Calais: Migration, Security, and Infrastructure at the French-English Border is an exhibition of work by Eric Leleu, an independent documentary photographer based in Northern France. His photographs document the border walls, flooded zones and watchtowers meant to deter refugees and migrants from settling in Calais, France, and also the Calais “jungles” – makeshift camps – made by people who risked their lives to cross the English Channel.

Join us for a talk and conversation by Hisham Matar, a writer born of Libyan parents in New York City whose memoir, The Return: Father, Soul, and the Land in Between, won the 2017 Pulitzer Prize for Autobiography....

Several undergraduate seminars that are part of a new interdisciplinary research venture at Duke with a focus on Europe will culminate in an Incubator exhibition scheduled for Fall 2018. In Transit: Arts & Migratio... 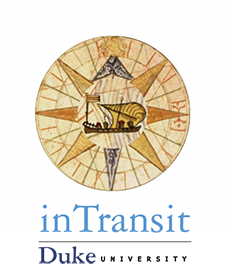