Weems understands that in spite of the glamorous photo shoots and gold-record-generating sales, Black female musical artists, from Bessie Smith to Aretha Franklin, conducted their careers from a disadvantaged position where entertainment industry power brokers held their singers in unfair, indenturing, artistically restrictive contracts and where agents, record company executives and even family members and friends were too often the sources of exploitive schemes.

Duke Professor Richard J. Powell, during a tribute to artist Carrie Mae Weems hosted by the Museum of Modern Art

Professor Richard J. Powell, John Spencer Bassett Professor of Art & Art History at Duke, wrote this essay about a work by artist Carrie Mae Weems in the Nasher Museum’s collection. He read the essay aloud as part of his contribution to “A Tribute to Carrie Mae Weems,” hosted online by the Museum of Modern Art on February 2, 2021. The tribute featured many collaborators and friends of the Nasher Museum, including Thelma Golden, Deborah Willis and Sarah E. Lewis.

One of the characteristics of postmodernism was the reimagining of mass media visual genres like print advertisements, commercial film and television, the documentary arts, and even the photographic snapshot, so as to roguishly critique contemporary society. While museum curators and art historians tend to hold up artists like John Baldessari, Richard Prince, and Cindy Sherman as the principal purveyors of these art commentaries on the media and its objects of interests, the early works of artist Carrie Mae Weems, especially her Ain’t Jokin’ and American Icons series, should also be factored into this pivotal moment of late twentieth century art and visual culture. Ode to Affirmative Action, a 1989 mix media work by Weems from this same time period, is certainly a keynote among these other signifying statements, but it stands out in a special way.

The mass media visual genre that Carrie Mae Weems interrogates in Ode to Affirmative Action is the 78-rpm record and album cover. A packaging format for long-playing records since the late 1930s, the cardboard album cover had become by the 1950s more than a utilitarian sheath; it was a marketing tool, a two-dimensional design that subliminally communicated to audiences something about the recordings contained within and their musical artists. Weems was cognizant of the album cover’s outsized role in presenting highly stylized portraits of black male and female recording artists, mostly photographic representations which, via idiosyncratic camera perspectives, theatrical lighting, and studied chiaroscuro, created expressive, highly imaginative black figures whose music – jazz, rhythm-and-blues, gospel, and mainstream pop – matched the atmospheric portrayals on the album jackets and deeply resonated with audiences. Vendible, mobile, and visual extensions of the recorded sounds, these spectacular black portraits formed a sizable body in an incalculable number of African American homes for decades, offering their collectors both aural and visual imaginaries that, in light of a socially tumultuous, racially fraught post-Civil Right era, inspired passions, soothed nerves, lifted spirits, and stirred listeners to action.

But rather than mindlessly mimicking these artifacts from a time and place before their obsolescence with the early 1980s advent of 5-inch, plastic jewel-cased, musical compact discs, in Ode to Affirmative Action Carrie Mae Weems created a postmodern homage to the 78-rpm record and 12-inch square album cover: a tribute that, through insightful visual and textual elements, commented on past histories and analyzed more recent social conditions. Framing the paperboard album jacket and its vinyl content in the mode of a commemorative display for an award-winning musical recording, Weems assumed the persona of a mid-twentieth century black American chanteuse: a dramaturgical practice she will enact in subsequent photographic series with comparable ironic effects. But as a visual prelude to the blurred publicity shots of assorted black divas in her 2010-11 series Slow Fade to Black, Weems’s depicted character “Dee Dee” in Ode to Affirmative Action carries a tragic dimension to her manifest talents and show business personality. Weems understands that, in spite of the glamorous photo shoots and gold record-generating sales, black female musical artists – from Bessie Smith to Aretha Franklin – conducted their careers from a disadvantaged position, where entertainment industry power brokers held their singers in unfair, indenturing, artistically restrictive contracts, and where agents, record company executives, and even family members and “friends” were too often the sources of exploitative schemes.

The words in the title of Dee Dee’s (or Weems’s) record album, If You Should Lose Me, are not only a refrain from a 1962 rhythm and blues hit song “You’ll Lose a Good Thing” by singer and guitarist Barbara Lynn; Weems’s “If You Should Lose Me” poses to viewers an indicative conditional whose invisible (but inferred) consequent, “Oh, yeah, you’ll lose a good thing,” lies behind the various pictorial, textual, and narrative components of Ode to Affirmative Action. And Weems, being a knowledgeable and highly conversant illuminata of African American culture, relied on this album’s suggestive title to guide her audiences through the work’s implicit grievance, as well as the racial metadata prompted by represented terms like “Affirmative Action” and place names like “Clarksdale” (the latter, significant in the history of the African American musical genre “the blues”).

Neither didactic nor conventionally legible, Ode to Affirmative Action pursues its postmodern agenda largely through these aforementioned visual and cultural referents. And yet one should not lose sight that, as the title of Carrie Mae Weems’s work makes explicit, her critiques are set within the very idea of an ode. Defined in the OED as a “lyric poem in the form of an address to a particular subject,” “elevated in style or manner,” and often “meant to be sung,” an ode, in this instance, trades on its aural associations so as to make Weems’s simulated gold record a black artist’s universal plaint. Sardonically labeled here with the “authenticating” stamp of the Mississippi Delta, as well as with a politically charged policy that, despite its objective of bridging inequalities, fails when it comes to giving black women equitable treatment or rewards based on abilities, Ode to Affirmative Action both commemorates “a good thing” and evinces an early artistic achievement by an artist who, as time will demonstrate, continues on this revelatory yet provocative path, and remains an impressive artistic presence. 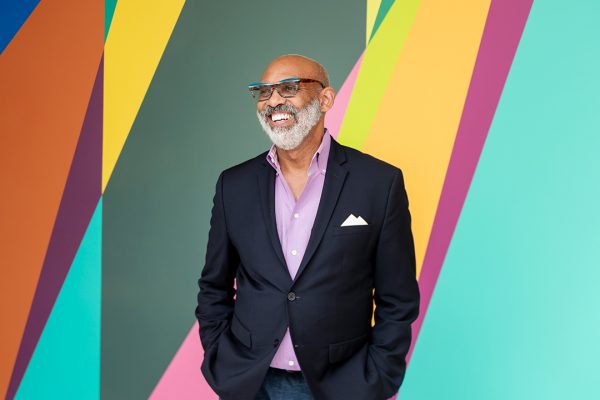