Dario Robleto was born in San Antonio, Texas in 1972 and earned a BFA from the University of Texas at San Antonio in 1997. He lives and works in Houston, TX.

The artist’s work has been featured in numerous solo exhibitions since 1997, most recently at the McNay Museum, San Antonio, TX (2018); Menil Collection, Houston, TX (2014); the Baltimore Museum of Art (2014); the New Orleans Museum of Art (2012); and the Museum of Contemporary Art, Denver (2011). His work has been profiled in numerous publications and media including Radiolab, Krista Tippet’s On Being, and The New York Times. In 2008 a 10-year survey exhibition, Alloy of Love, was organized by the Frances Young Tang Teaching Museum and Art Gallery at Skidmore College, Saratoga Springs, New York. Accompanied by a major monograph, Alloy of Love traveled to the Frye Art Museum in Seattle, Washington.

Robleto has been a visiting artist and lecturer at many universities and institutions including the Radcliffe Institute for Advanced Study at Harvard University, Cambridge, MA; Bard College, Annandale-on-Hudson, NY; Massachusetts Institute of Technology, Cambridge, MA; Rhode Island School of Design, Providence, RI; and the Hubble Space Telescope Science Institute, Baltimore, MD. In 2013-14 he served as the California College of the Arts Viola Frey Distinguished Visiting Professor, Oakland, CA. At the Nasher Museum, he delivered the Annual Rothschild Lecture in 2009.

His awards have included the International Association of Art Critics Award for best exhibition in a commercial gallery at the national level (2004) and recipient of both the Joan Mitchell Foundation Grant (2007) and the USA Rasmuson Fellowship (2009). He has been a research fellow and artist in resident at institutions such as the Menil Collection (2014); the Cynthia Woods Mitchell Center for the Arts (2014); Rice University (2013-14); the Smithsonian Museum of American History (2011); the SETI Institute (2016-17); and the Robert Rauschenberg Foundation (2017). In 2016 and 2017 he was a co-organizer of the International Conference on Mobile Brain-Body Imaging and the Neuroscience of Art, Innovation, and Creativity in Cancun, Mexico and Valencia, Spain.

In 2015 he joined a distinguished team of scientists as the artistic consultant to “Breakthrough Message”—a multi-national effort that aims to encourage intellectual and technical debate about how and what to communicate if the current search for intelligent beings beyond Earth is successful. He is currently serving as an Artist-in-Residence in Neuroaesthetics at the University of Houston’s Cullen College of Engineering; Artist-at-Large at Northwestern University’s McCormick School of Engineering and the Block Museum of Art; and as a Visiting Scholar at the Radcliffe Institute for Advanced Study at Harvard University. In 2016 he was appointed as the Texas State Artist Laureate. He is a former board member of Artpace, San Antonio and is currently on the board of advisors at the Nasher Museum of Art at Duke University. In 2020, he was a research consultant to the popular science television series, Cosmos: Possible Worlds, which aired on National Geographic and Fox.

I have so many great memories from the Record show! The most immediate one was when Trevor first reached out to inquire about my interest and I thought, 'Yes! Someone is finally doing this show!' And with the historical depth and scale it deserved. But even with these high expectations, when I finally saw the show, it was even better than I hoped. As much as these shows are designed to engage with the community, they are also great gifts to the artists because they give us the historical perspective we also crave. There is something magical in being reminded that human curiosity ─ in this case, how a simple disc of plastic can preserve the ephemerality of sound ─ can link us across time and place as each generation of artists chisels away at a mystery. I felt that connection as I walked through the show. And finally, what could be a better memory than to know one of my favorite groups of all time, Yo la Tengo, took the time to visit the show and take a picture in front of my piece?!

Dario Robleto, artist based in Texas

The Record: Contemporary Art and Vinyl was the first museum exhibition to explore the culture of vinyl records within the history of contemporary art. Bringing together artists from around the world who work with ...

The Nasher Museum presented Southern Accent: Seeking the American South in Contemporary Art, which questioned and explored the complex and contested space of the American South. One needs to look no further than l...

This exhibition highlights works from the Nasher Museum collection that engage visual and musical rhythm. Rhythm may be expressed through repeated patterns of color, form or movement, or, in other cases, implied sound and ...

Works by this Artist in the Collection 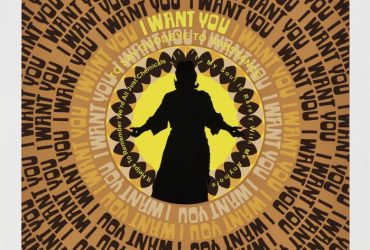 I Want You to Say Goodbye to Substance
Screenprint on paper 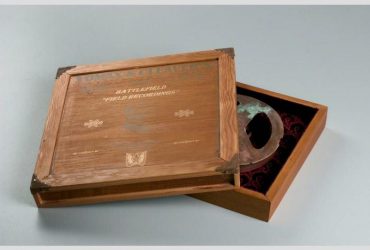 A Phantom Attempts to Sing as She Once Did on Earth
Carved de-carbonized bone dust, dehydrated bone calcium, ground amino acids, reel to reel audio loop of a female ghost humming a lullaby made from an E.V.P. recording (Electronic Voice Phenomena: voices and sounds from the past, detected through magnetic audiotape) recorded at a Civil War reenactment at Gettysburg, melted bullet lead, rust, velvet, mahogany, fir, water extendable resin, and typeset 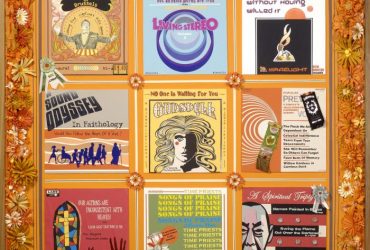 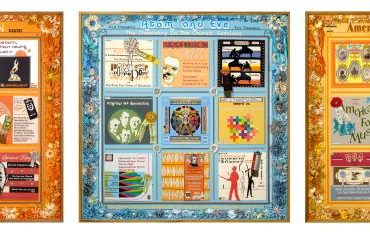 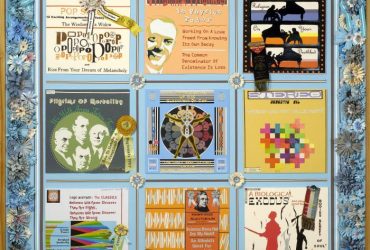 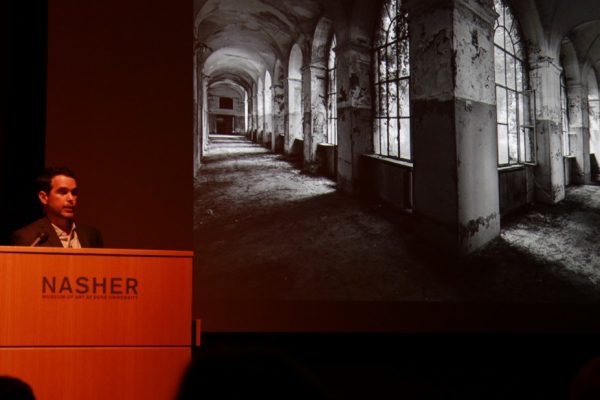 Artist Dario Robleto reflects on time, space and memory in lecture at Nasher