In Relation to Power: Politically Engaged Works from the Collection

The last decade has been one of the most politically divisive in recent memory. The rise of cable television and the twenty-four-hour news cycle in the 1980s, followed by the ubiquitous spread of information (and misinformation) online and through social media in the subsequent decades, has led to a fevered pitch of political rhetoric in recent years. Philosopher and theorist Marshall McLuhan noted that artists are often first responders to shifting political winds, and declared that art acts as an early alarm system to social and psychic dynamics. In Relation to Power: Politically Engaged Works from the Collection reveals some of the ways in which artists address political systems and either comment on, consent to, and in many cases vehemently resist the dynamics of inequitable systems of power found therein.

This exhibition is loosely organized into three thematic groupings, providing a rough framework through which to view artistic strategies of commentary and critique. Image & Ideology demonstrates the unambiguous ways in which imagery often symbolizes or represents political ideas. Text & Subtext includes works that employ language, often paired with images, to further comment on power dynamics. The Body Politic explores the incorporation of the body to confront, resist, and reverse long-standing abusive authority, implicit and explicit bias, and violent, corporeal aggression. In doing so, artists use the body as a site of immense political consequence and a potential agent of change.

Over the last several years and despite greater public scrutiny of inequitable policies, individual liberties remain vulnerable to restrictive and harmful legislation. Artists play a vital role in exposing and confronting these oppressive practices. Including work by artists throughout the globe, In Relation to Power offers a glimpse into artistic gestures that encourage reflection on aspects of power, the nature of authority and authoritarian practices, and the ongoing struggle for political agency.

Images can effectively convey ideologies—doctrines or beliefs that guide individuals, institutions, or social and political movements. As a result, images and ideologies are often intimately linked and, in some cases, inseparable. The works on display here explore this dynamic.

Mel Chin and Boris Orlov comment on the destructive forces of imperialism with imagery that takes the form of militaristic symbols. May Stevens turns a similarly critical eye toward white male patriarchy in Big Daddy, Paper Doll. Dimitri Baltermants and Anatoli Glinov glorify labor and prosperity in support of Soviet values. Mexican printmaker Reynaldo Olivares adopts an equally propagandistic message in his prints of Socialism architects Karl Marx, Friedrich Engels, and Vladimir Lenin, and the Mexican revolutionary Emilio Zapata. Above, the juxtaposition of two very different renderings of George Washington by Mose Tolliver and Jacques Reich allows for a critical reconsideration of a figure who has become emblematic of democratic values. Collectively, these works underscore how images can reinforce, critique, or comment on ideological beliefs.

Visual artists often incorporate language and text into their work. Invariably, this text has both an explicit meaning and an implicit meaning, or subtext. Artists in this gallery below, creatively leverage the power of subtext in a variety of ways to provide critical commentary, additional insight, or simply reinforce their explicit messages.

Language and text are central to the practice of Edgar Heap of Birds, who incorporates three-word phrases in his “wall lyrics” to convey both dire and hopeful messages about Indigenous identity. Sherman Fleming uses images that represent words, syllables, or phrases in his rebus paintings to create puzzles that call out harmful racial stereotypes. For decades, the Guerilla Girls have incorporated the language and graphics of the advertising industry that boldly confront gender and racial inequities. Artists such as Wendy Red Star, Jaune Quick-to-See Smith, and Alexander Kosolapov combine humorous phrases, commercial product names, and corporate logos, with charged imagery to disarm the viewer and draw attention to issues of Native American identity, sovereignty, and imperialism.

The term “body politic” refers to a political entity such as a country, city or state, or group of people, often represented as a metaphorical human body. In this exhibition, “body politic” is a double entendre, referring simultaneously to the artists and their political interests as well as the ways in which they incorporate the body into their work.

For artists such as Zanele Muholi, Renee Cox, Genevieve Gaignard, and others, self-portraits serve as a locus for protest, empowerment, and liberation. In works by Ai Wei Wei and Gary Simmons, the absence of a body is used to draw attention to issues of cultural authority and the ways in which educational systems may perpetuate inequities, respectively. Nina Chanel Abney, Alex Bradley Cohen, Kara Walker, and others present Black bodies subjected to racialized violence, while Barbara Chase-Riboud and Peter Williams pay homage to two cultural figures known for protesting anti-Black violence: civil rights leader Malcolm X, rendered as an abstract sculpture, and activist-athlete Colin Kaepernick, surrounded by a halo of aspirational words. Together, the works in this gallery, below, remind us of the physical body’s political power and poignancy.

This exhibition is organized by Marshall Price, Chief Curator and Nancy A. Nasher and David J. Haemisegger Curator of Modern and Contemporary Art, and Adria Gunter, Curatorial Assistant, at the Nasher Museum of Art at Duke University.

In Relation to Power: Politically Engaged Works from the Collection is supported by the Nancy A. Nasher and David J. Haemisegger Family Fund for Exhibitions; the Janine and J. Tomilson Hill Family Fund; the E.T. Rollins Jr. and Frances P. Rollins Fund; and the Neely Family Fund. 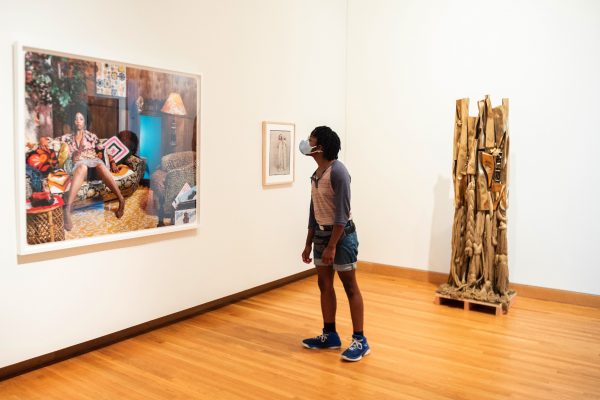 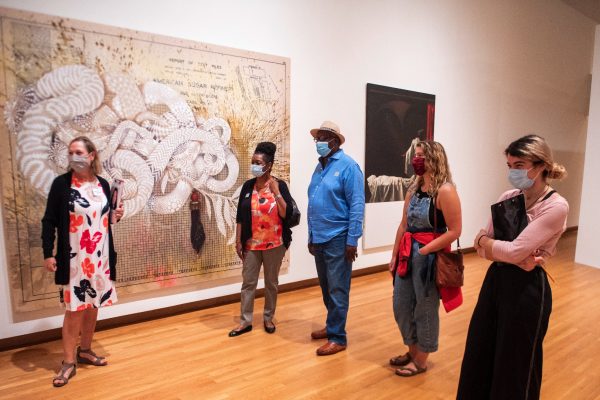 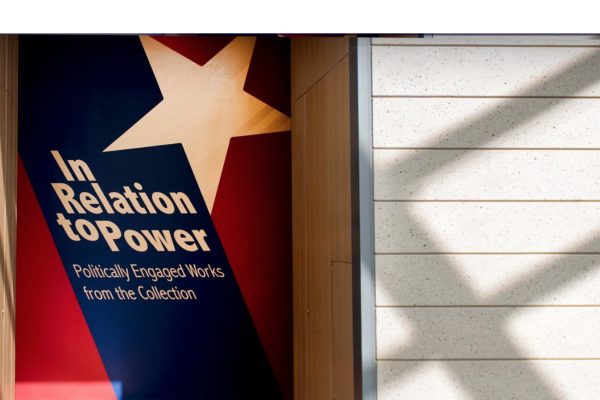 In Relation to Power: Politically Engaged Works from the Collection 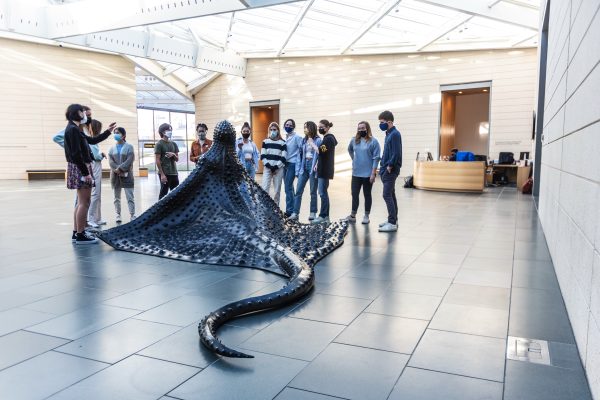 After more than a year, the Nasher’s art — and brunch — is finally back 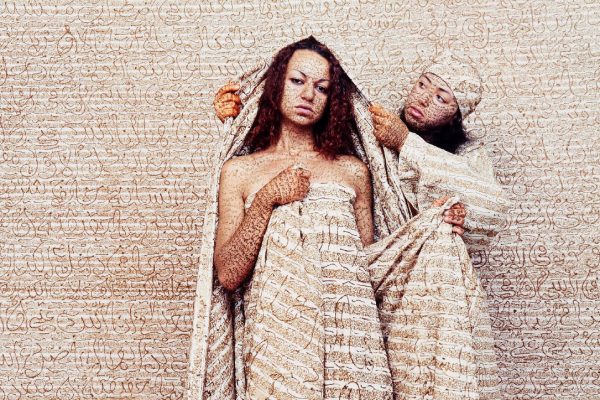 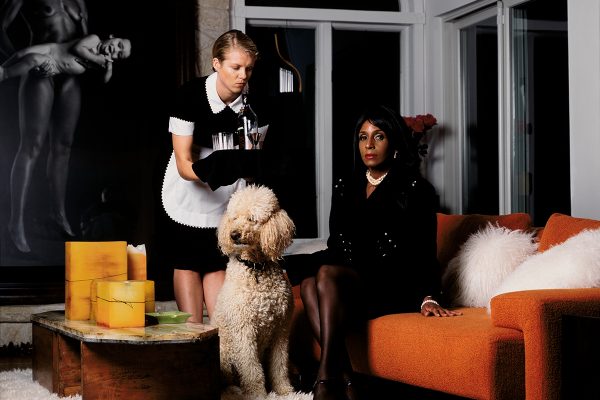 In a lecture at the Nasher, photographer Renee Cox reflects on her trailblazing career 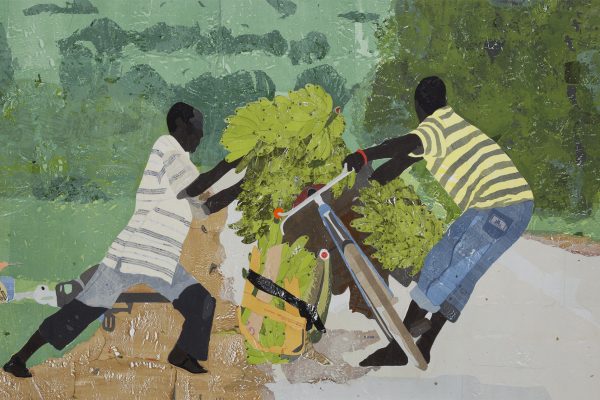 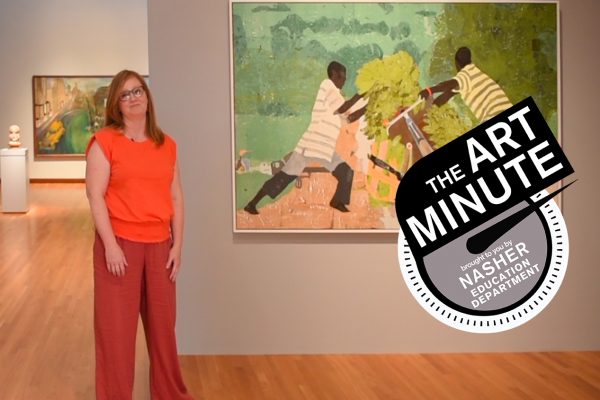 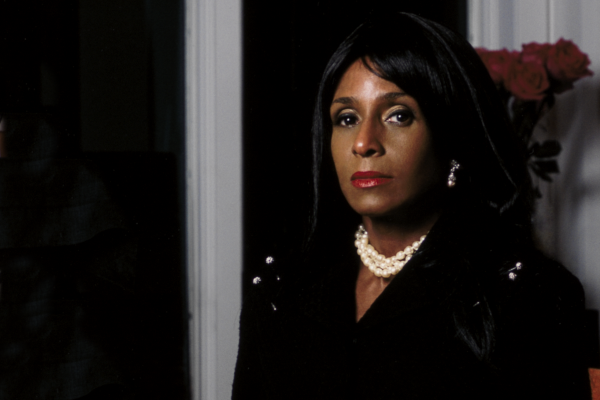 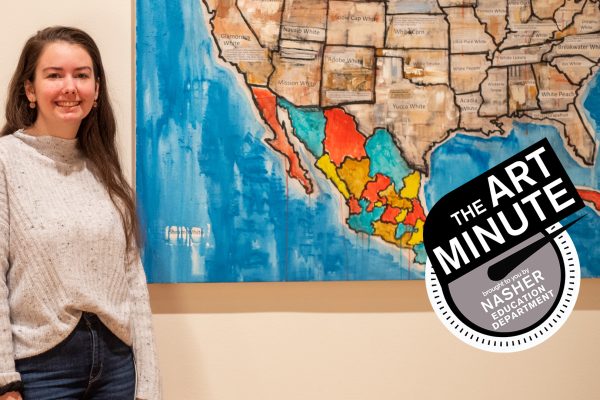 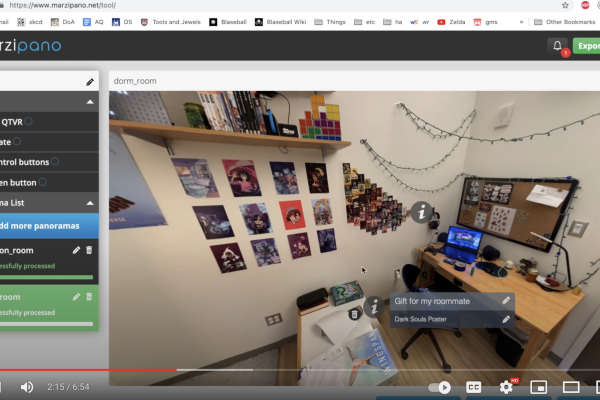